If in doubt delete. 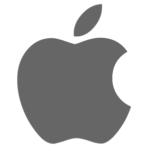 If in Doubt Delete.

We all have had the old Apple ID spoofed emails and time-tested PayPal spoofed emails phishing scams and now the scammers are back with vengeance in Southern Africa. Over the last week, we have been seeing an influx of a well-coordinated email spoofing campaign targeting Apple ID. Apple has always boasted its iron-clad security and recently the Pegasus iPhone hack has shattered not only Apple’s public image as a virus-free safe brand but it has also shaken the company to the core, so much so that in an unprecedented case, Apple is suing, rightly so, the creators of Pegasus iPhone hacking software, the Israeli hacking company NSO Group.

Lucky for most of us common folk, Pegasus is used to spy on Government Officials like the British PM Johnson, South Africa President Ramaphosa or journalists and whistle-blowers. Unlike the Apple ID spoof phishing scam, Pegasus is targeted to a very limited attack vector due to the high price of leasing the Pegasus iPhone hacking software.

Even if you follow all the security advice on how to spot an Apple ID spoofed email, the scammers are constantly updating the attack vectors in response to Apple and the end users’ awareness and education. Adopt the Zero Trust policy where every email in your inbox is treated as suspicious.

Below is the same Apple ID Spoofed email, either in HTML or in an email converted to plain text. Currently with the Zero Trust Policy, view all emails as plain text to check the sender’s email headers and to check on phishing URL links hidden by HTML code. Once again we can see the use of threats to try to force the user into panic making decisions.

If you receive a suspicious email or SMS text message that looks like it’s supposed to be from Apple, please email it to reportphishing@apple.com.

Here are some things you can do to avoid scams that target your Apple account and devices.