Interpol and partners created African Cyberthreat Assessment Report 2021 in the hope of a region wide response to Africa Cybercrime escalation that is undermining economies, growth and rule of law. 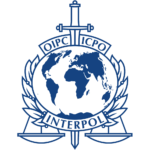 While cybercrimes affect all countries and regions, Africa is especially exposed to these threats due to outdated or non-existent protocols, weak networks and lack of education of the end user. We, Africa, have incredible opportunity of technology take up with massive potential for coverage that could unlock Africa’s true potential, its people and innovation.

Africa has a high number of First-Generation Technology and internet users with, sometimes, very good bandwidth meeting low levels of IT education, low tech savvy knowledge meeting seasoned and experienced Threat Actors, cyber criminals or hackers. Cybercriminals know this, especially Africa’s use of cell phones to access the internet and the high use banking apps. We do not treat our cell phones with the same care we do for computers which can be firewalled, virus protected or behind work networks. Even if we are not cyberthreat aware our computers come protected out of the box.

Most people I asked do not even think cell phone security is necessary even though we will access all portions of the internet the same as computer on our cell phones. Some people I interviewed did not even know their Bluetooth and location was set to on. They had no idea that public Wi-Fi comes with risks. Here lies opportunity of education and creating cybersecurity policies starting from a relatively modern and fresh start.

Africa can no longer ignore it’s IT security vulnerabilities as a matter of National Interest.

Interpol: The main cyberthreats in Africa

South Africa is experiencing high levels of Business Email Compromise BEC and Ransomware attacks on key infrastructure due to the Digital Divide where employees who some are First Generational Tech uses are exposed by the lack of IT education and currently low levels tech savvy knowledge. Working from home has exposed many workers who would be able to consult a line a manger or peers are now making uniformed decisions. Cyber criminals know this well and are taking full advantage of these gaps in education and experience to cause harm and take advantage of First Word systems meeting Developing World experience and current knowledge.

Our lack of experience is taken advantage not only by threat actors but also Social Media Giants and other Tech companies who have stricter privacy laws for more tech savvy nations than for Africans. We need to put in place an Africa wide frame work and policies that are strict and standardised throughout the whole continent. As Africa’s Digital Infrastructure grows and becomes culture, so should the education, cybersecurity framework, policies updated and formalised.

The African Union should be taking much more responsibility in protecting its citizens and business from cyberthreats. Any new stakeholder appointments are not knowledge industry based nor drawn from the many excellent qualified professionals in Africa, but drawn from connected politicians or families. Many new business board appointees are not IT based professionals nor even infrastructure specialists but rather business or accounting qualified appointments. Africa is at a critical time as cybercrime is threatening our growth, becomes more common and is directly affecting key infrastructure, Transnet hack in South Africa for example not only affected our exports but greatly tarnished our reputations at delivery, forcing overseas importers to find new reliable infrastructure that is not easily disrupted.

Cybercrime is been used more and more in State Sponsored attacks especially emanating out of China, USA and Russia with Israel and Ukraine lurking in the shadows to include the list of top IP address for website hacking attacks. Yes, the USA is one of the top threat actors while Russia is clearly number 1 when it comes to cyber warfare and propaganda bot net attacks. Israel developed the Pegasus WhatsApp hack that has been sold to many countries who used it to kill both Political and Environmental activists.

China with its new zealot nationalism to match Mother Russia’s deploys millions of loyal Nationalists to troll any product or service that might even suggest Taiwan is independent let alone Tibet. It is even rumoured that China hack of Israeli infrastructure but left bread crumbs to make it look like Iran. China’s change in its child policy is seen as an act of war of things to come. Africa needs to the African Union to take a Continent-wide approach with Federal Laws and infrastructure that protects its Citizens and maintains Political neutrality. Wars will be fought on the ground, in the air, the sea and especially the online and the digital plane where millions of Chinese produced routers and other critical hardware components could be weaponised as threats or disruptions. Africa needs defences for all these threats especially cyber threats to avoid colonisation of the digital plane.

R7million is the average Ransomware attacks costs.
5% increase in Africa from 2020
8% got their data back
29% getting back only half of their data.
85 million attacks on 4 major African Countries with South Africa experiencing 32 million attacks, Kenya 28 million, Nigeria 17 million, Ethiopia 8 million attacks and growing up to 20% per year.

Solutions to Africa Cyberthreat Escalation:
Users to be trained in security best practices and simulations. Ransomware is a national security threat and must legislated as such. Hackers switched switches causing a nuclear meltdown, an electric grid in the US going offline and business and councils paying ransomware to restore IT Infrastructure. Phishing Emails on the rise in South Africa

How to choose a WordPress Theme?

COVID-19 Best Practices for Film Crews in remote Indigenous Communities. Purpose of this document is to ensure zero transmission of Covid, any of its variants, onto avulnerable community by following best practices, agreements, rules and regulationsCOVID-19 Best... 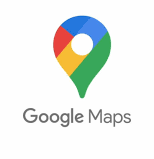